(GREAT FALLS) The Bureau of Business and Economic Outreach, The University of Montana, and the Montana Chamber Foundation are making stops across the state with a presentation. The theme? Silver Tsunami.

“We take a look at what kind of things have played out that we expected, and what the surprises have been both locally and nationally,” Patrick Barkey said.

Community leaders and state representatives gathered to hear Barkey’s synopsis of how the economy is doing.

“Central Montana is performing well. There has been growth that’s continued since 2016. That’s the story you don’t want to lose sight of,” Barkey said.

But with economic growth comes concerns.

“We just happen to be in a period where we have this big demographic wave, hence the tsunami term. Which started after World War Two and has aged through the decades and now if at point where it’s going to start effecting the labor market and the way the economy works,” Barkey said.

“It’s the change in demographics and how they affect the economy. The fact that we have this wave of baby boomers that were born right after WW2 and are now going into retirement, that presents both challenges and opportunities. There’s certainly plenty of opportunities out there. Those are experienced workers at the peak of their earning power and with good health they can continue to work and produce through the economy with their labor efforts for a number of years. But it’s also a challenge quite frankly. It’s a challenge because as those boomers retire in great numbers, it creates more pressure on labor units to replace those boomers,” Barkey said.

Barkey tries to be future orientated to learn about what potential challenges leading industries such as agriculture, manufacturing and tourism will see.

“It’s great that the economy has done well. It’s great that state tax revenues are coming well. It’s great to see economic growth and prosperity. But there are definitely some challenges ahead. Those challenges are beyond the demographic ones I mentioned. We’re ten years into an economic expansion. Economic expansions don’t die of old age, but they do die. We have to be thinking of the next one, where do we see it coming? We also have to worry about issues in respect to the demographics in our workforce,” Barkey said.

The economic tour heads to Missoula and ends in Kalispell on Thursday.

“If you care about your own economic security, you care about your kids’ economic security, the health of the economy is both an opportunity and a threat to our own individual livelihoods. Were nowhere near a situation where the economy is at such a state that were losing our livelihoods and being thrown on the street, but that’s happened in history before, so you definitely want to keep any eye on that,” Barkey said. 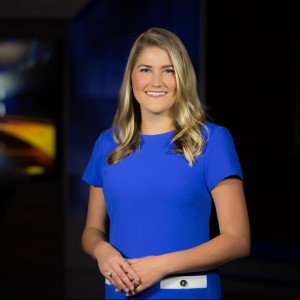